Be the first to find out when we launch new photographs! Sign up today and get your goodie!

This website contains artistic nudity. By entering, you accept to be over 18 years of age.

Seeing People Exactly as They Are 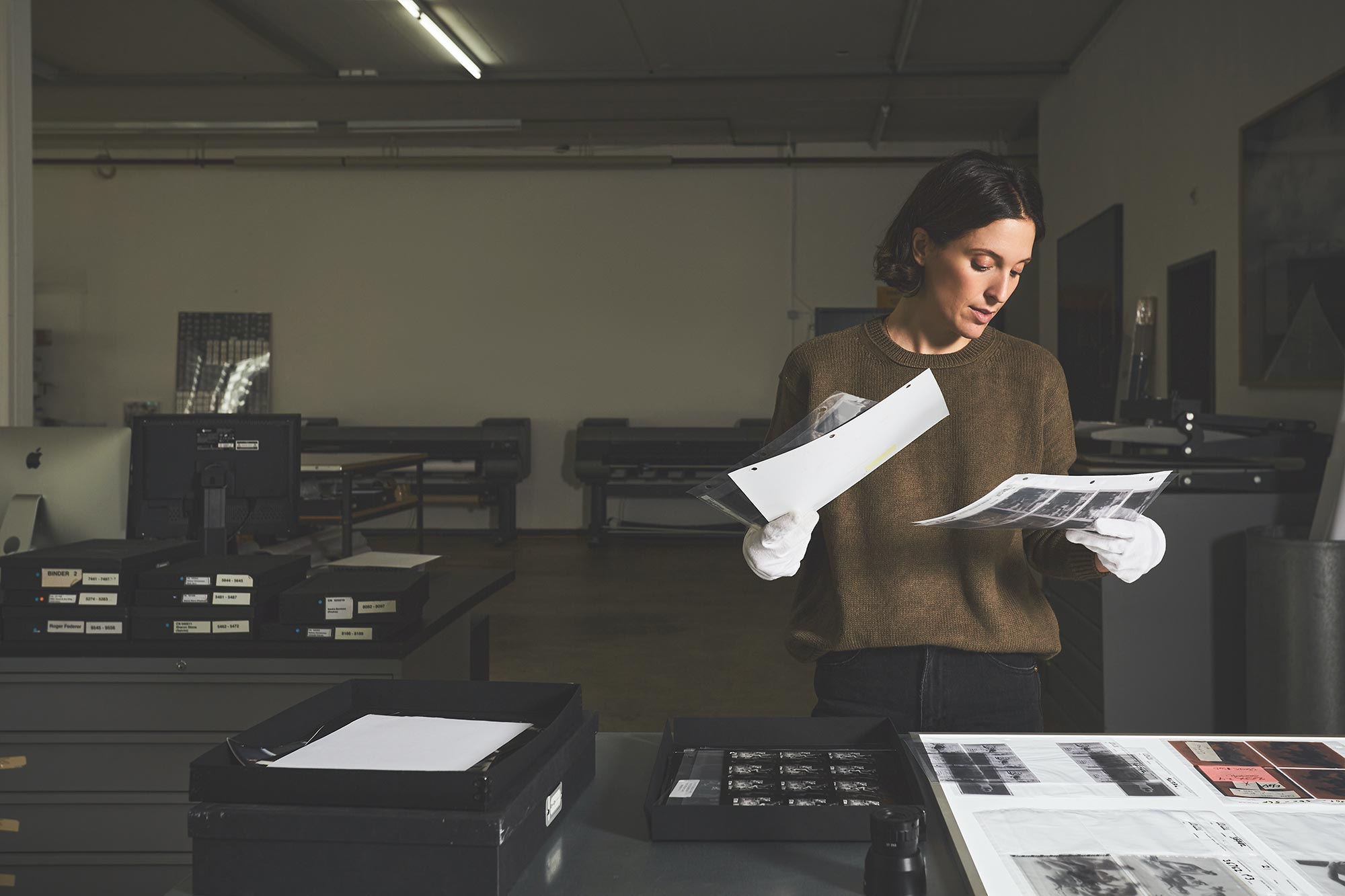 A Conversation with Georgina Casparis, curator of the Michel Comte Online Photography Selection

It was a cold and gloomy day when I spoke with curator Georgina Casparis from her beautiful home in Zurich, as an arts writer for the Michel Comte Estate. As our conversation quickly turned from world news to more creative subjects, it became instantly clear that art and photography are at the very essence of her being. This was a passion that only became deeper when she had the great honour of working with Michel Comte.

They met by chance on a snowy day in the elevator of Suvretta House in St. Moritz in 2001. She did not know who he was but he complimented her style and look – something she thought was a joke as she was totally soaked through. They were both staying in the hotel and Georgina had been told a famous photographer was also staying there. As the mystery man stepped out of the elevator, he told her his name was Michel, and the realisation clicked.

They continued to talk during her stay, and Comte later suggested that Georgina should come and work for him. Two weeks later, Georgina found herself on a train to Paris to begin working for the internationally renowned artist. It was a collaboration that would mark their lives and work in a deep and special way.

Georgina initially worked with his stylists and photographic assistants before coordinating one of his major shoots in Los Angeles for the Water series. The work Water Nude has been chosen for her selection, an image of absolute beauty and tranquillity, and she still speaks with fondness and awe of the experience of working with Comte.

She saw an artist who was deeply involved – and deeply enamoured – with every stage of the process. Georgina recalls the image of helicopters flying huge amounts of equipment up the Swiss Alps, so the artist could ensure he got exactly the shot he wanted. In the digital age when much of this process has been lost, its heart-warming to hear of such artistic integrity.

Comte always allowed people who worked for him to have a lot of space, says Georgina. ‘He always knew exactly what he wanted, but he involved his team to a great extent.’

His work is famed for its urgency, its vitality and most of all its apparent spontaneity; I had to ask, was this real?
‘The spontaneity is really honest.’

‘I think they are some of his most beautiful pictures. It was an intense week. But there was this spirit of everyone working towards the same goal.’

Working behind the camera helped her hugely, and she knew to be patient, knowing the toil that Comte put into every shot. Through his vision, she became an ethereal element in the scene, a natural component of the landscape and weather.

‘There’s still quite an emotional attachment to it’. Looking at her eyes as she speaks that is something that is clear to see.

Georgina has now worked with Comte art for over 17 years, also working on two major international exhibitions with Walter Keller. For her selection for the Estate, she wanted to show works from the entire range of his practice and bridge the gap between older and younger generations. She chose images of figures like Benicio del Toro, Sofia Coppola and Marina Abramovic – many of whom were not as well known when Comte first made their portraits. She was also very careful in her choice of images of women, to show how his work fits with the current mood of photography.

‘Nudes cannot be ignored in Michel’s work,’ but his are ‘fierce rather than observed’ and she was determined to show this strength. We agree his work always feel collaborative, a dialogue between two artists, possessing a deep sense of trust and honesty.

Nonetheless, Georgina sees Comte’s early work as an extraordinary time capsule of a particular era, evoking the opulence and drama of the late 80s and 90s. The big production and often exaggerated style speak of another time, and demonstrate the ways that photography has inevitably changed.

‘Looking back at his work, it’s like looking at an old friend. I’ve scoured through his entire archive and so I know it on a physical, professional and personal level through our friendship.’

Georgina’s eyes light up with almost childlike joy as she talks of the experience of going through the archive.
‘Its endless! You feel you are standing within history. Michel’s work is the history of a visual language, of a time, it’s the history of people who were important at the time… You could spend days in there.’

Georgina has also chosen a group of works that will be available Exclusively Online. Here she found really familiar subjects from
popular culture to provide a neat entry point. This selection particularly focused on works in series, so that buyers can build up a
collection of connected pieces, to work in any setting.

As our conversation draws to a close, I ask if there’s anything particular that defines Comte’s work to her. Taking her time,
Georgina eventually responds that in his portraits, you often feel extremely close to the subject, ‘almost too close, for better or
worse. ‘There’s a certain braveness to the work, as Michel doesn’t always go for the beauty of things, but you see them for
exactly who they are.’

It’s an evocative summation that demonstrates the power, the sensitivity and the bravery of Comte’s work. Looking at the works
she has chosen for the Estate, you know it is a wonderful encapsulation of her experience and understanding of Michel Comte.

Georgina Casparis is a curator and creative consultant based in Zurich. With over 10 years’ experience in the international art market and non-profit sectors, she has worked with galleries and artists across the globe, most notably leading the curatorial team for the Biennale Manifesta 11 with artist Christian Jankowski in 2016. Amongst her numerous curatorial roles, Casparis is also the founder, project manager and curator for the cultural space Hochhaus.be in Bern and on the board for the Friends’ Association of the Fotomuseum Winterthur.